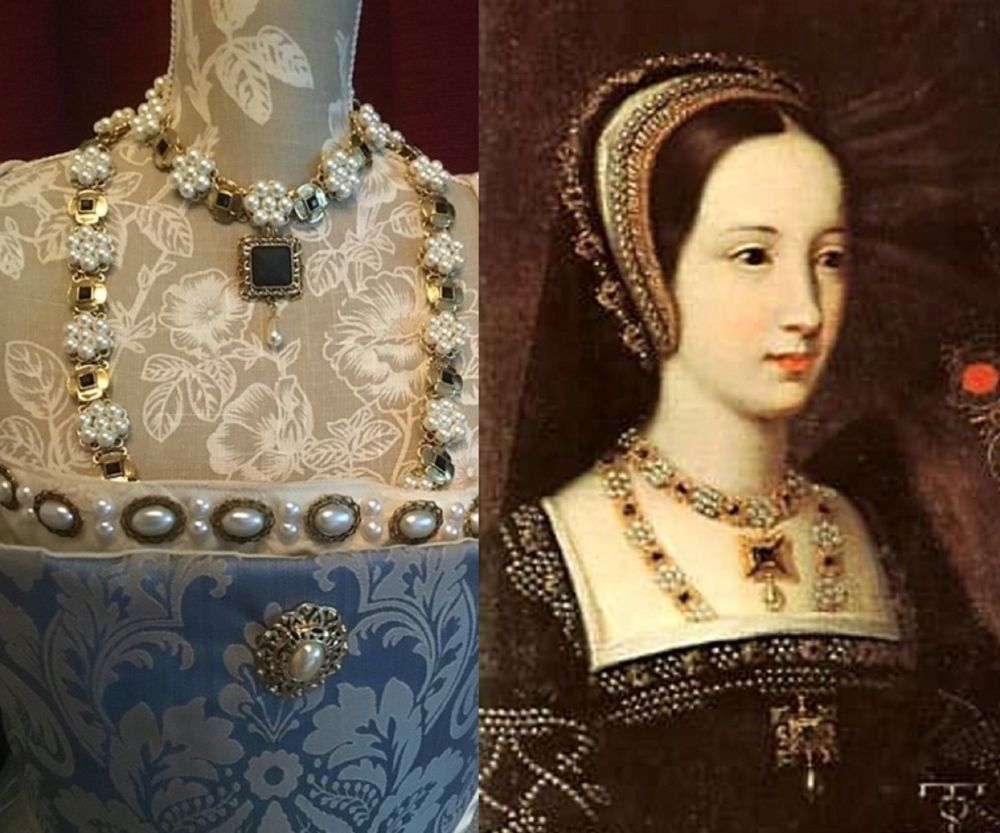 This necklace set is my replica of the one shown in a portrait of Mary Tudor attributed to the collection of the Earl of Yarborough; Brocklesby Park, Lincolnshire.

Mary Tudor (18 March 1496 – 25 June 1533) was an English princess who was briefly Queen of France. She was the younger surviving daughter of King Henry VII of England and Elizabeth of York, and the third wife of Louis XII of France, who was more than 30 years older than her.

Following Louis's death, she married Charles Brandon, 1st Duke of Suffolk. Performed secretly in France, the marriage occurred without the consent of Mary's brother, Henry VIII. The marriage necessitated the intervention of Thomas Wolsey; Henry eventually pardoned the couple, after they paid a large fine. Mary's second marriage produced four children. Through her older daughter, Frances, she was the maternal grandmother of Lady Jane Grey the de facto queen of England for nine days in July 1553.

The necklace set is a double carcanet consisting of a 16 inch piece and a longer second piece designed to be tucked into the front of your gown. Made with large medieval ouches with black crystal inset and filigree antique golden settings. I have created ivory pearl clusters with fine beading nylon..The pendant is a multi filigree centre piece with black centre square and an ivory drop pearl.

It is a stunning piece and comes in my gift box.