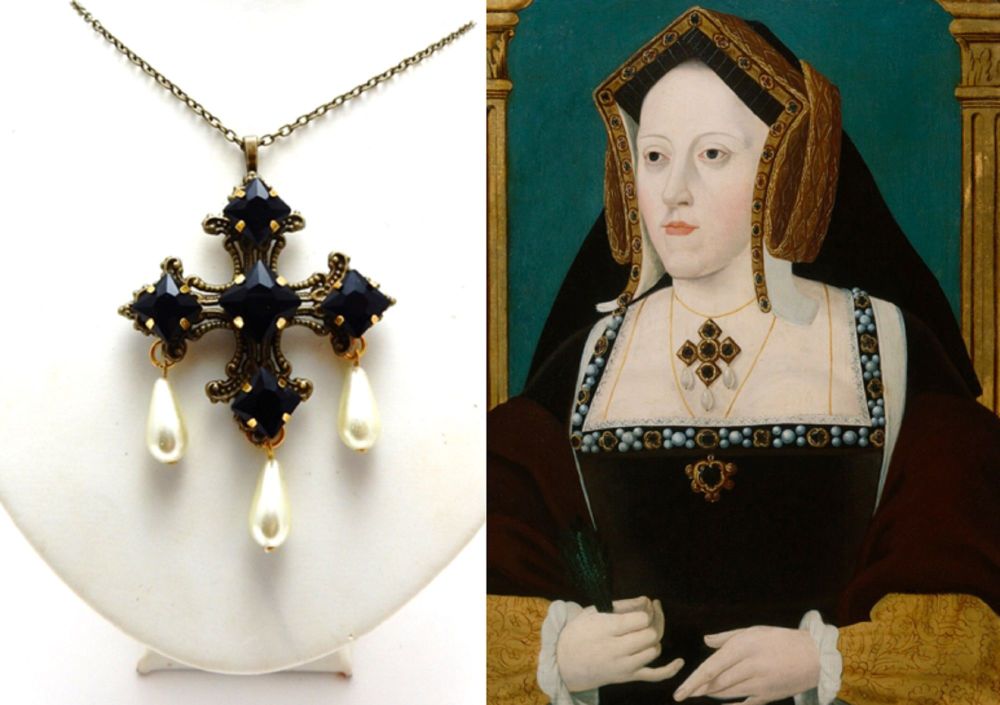 This is my own replica version of the necklace worn by Catherine of Aragon.

A bronze cross adorned with black glass crystal rhinestones in gold claw clasps. From the pendant hang three faux pearls and it is set on an 18 inch bronze chain.

Catherine of Aragon (Spanish: Catalina; 16 December 1485 – 7 January 1536) was Queen of England from June 1509 until May 1533 as the first wife of King Henry VIII; she was previously Princess of Wales as the wife of Henry's elder brother, Arthur.

The daughter of Isabella I of Castile and Ferdinand II of Aragon, Catherine was three years old when she was betrothed to Arthur, Prince of Wales, heir apparent to the English throne. They married in 1501, but Arthur died five months later. Catherine subsequently married Arthur's younger brother, the recently ascended Henry VIII, in 1509.

By 1525, Henry VIII was infatuated with Anne Boleyn and dissatisfied that his marriage to Catherine had produced no surviving sons, leaving their daughter, the future Mary I of England, as heir presumptive at a time when there was no established precedent for a woman on the throne. He sought to have their marriage annulled, setting in motion a chain of events that led to England's schism with the Catholic Church.