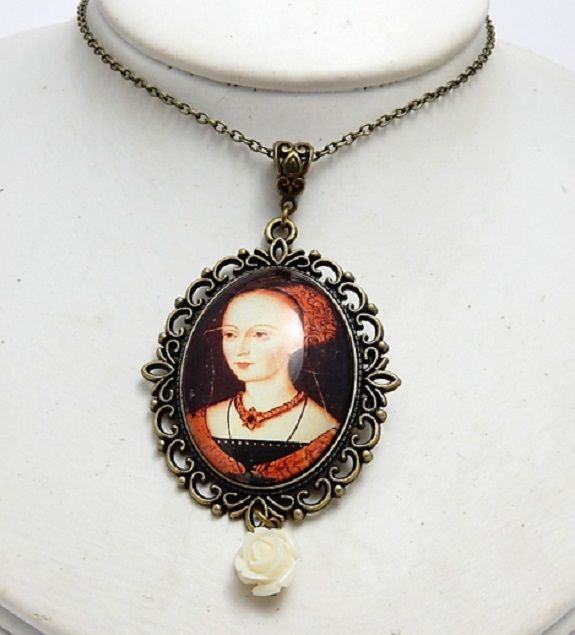 For this necklace I have set a portrait of Elizabeth under glass in an antique bronze style setting. An ornate bail attaches the pendant to an 18 inch chain and from the pendant hangs a white rose of York.

This necklace comes wrapped in tissue paper and a pretty organza gift bag.