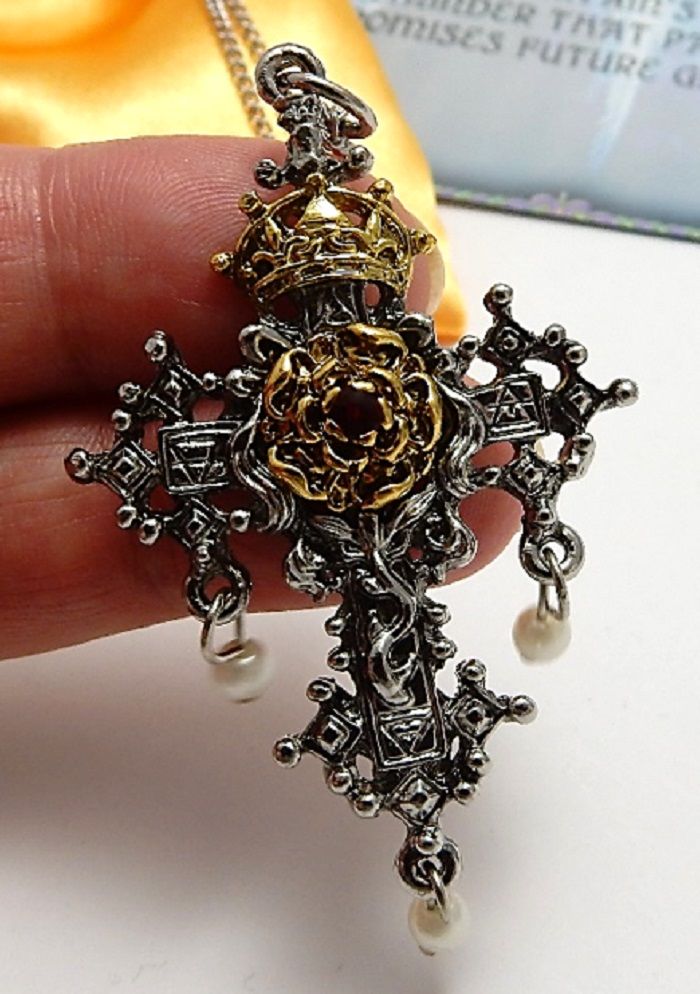 Hampton Court Palace was built in Tudor times, specifically 1514 by the historical figure Cardinal Wolsey, who later gave the palace as a gift to King Henry VIII who is remembered for his 6 wives. The Tudor Rose and Crown adorns a mediaeval cross to create a symbol of singular beauty, signifying faith and devotion.

Albion, the ancient name for the British Isles, has come to mean all that is legendary in Britain's history and landscape. The Lost Treasures of Albion charms are ancient Britain's legacy, a reminder that past glory promises future greatness.

Briar's own personal fascination with Albion is clearly portrayed in each of these 16 pieces, designed with reference to many different legends and historical milestones which form our perception of Albion.

Carefully crafted in lead free pewter alloy, some enhanced with sparkling crystals and others with gold plating, the Lost Treasures of Albion are all presented with a matching chain and a satin keepsake pouch along with a detailed leaflet explaining the meaning of each piece.